I met Laura and Joshua on an early morning in Banff National Park, we wanted to beat the crowds, and they were heading back to Edmonton that day, so they didn’t want to hit traffic either. Laura and Josh have been married for four years, they love the outdoors and enjoy exploring Banff National Park in the summer. So a Banff destination couple session was a no brainer for them.

I always ask a bunch of questions when I meet up for a couples shoot, I love to get to know the people I am photographing, and I believe it makes people more relaxed when they are not being photographed by a stranger. One of the things I like to talk about is how they met, and if they are already married, how the marriage proposal took place. Laura and Josh mentioned how they met at summer camp, and the rest was history… well until he proposed that is. When I asked about the marriage proposal, Laura asked which one? And I knew there was an exciting story coming.

Turns out, it was never a question about love, it was a question about their age. The first time Joshua proposed, Laura was nervous that they were too young to get married. Joshua knew that he and Laura were meant to get married, so he didn’t give up. He knew what he wanted and went after it, literally ran after Laura on a beach in Florida a while later and proposed for the last time. Because Laura said yes to the emotional proposal on the beach.

Their proposal story sounded like the plot from a romantic movie, but they are the first to admit that marriage is hard work but so worth it. Laura and Joshua have big dreams of education, entrepreneurship, and owning a house on the coast because they love the idea of being close to water.

Exploring Banff with them was such an enjoyable experience, we spent the whole session laughing, goofing off, having fun and chasing the sun/shadows around the pond and mountains. You can’t help but see the love Laura and Joshua share from the way they interact; they get lost in themselves and quickly forgot that they were being photographed. But they were also hilarious, always ready to have fun and make each other laugh out loud.

You can check out more session on the blog or in my portfolio. 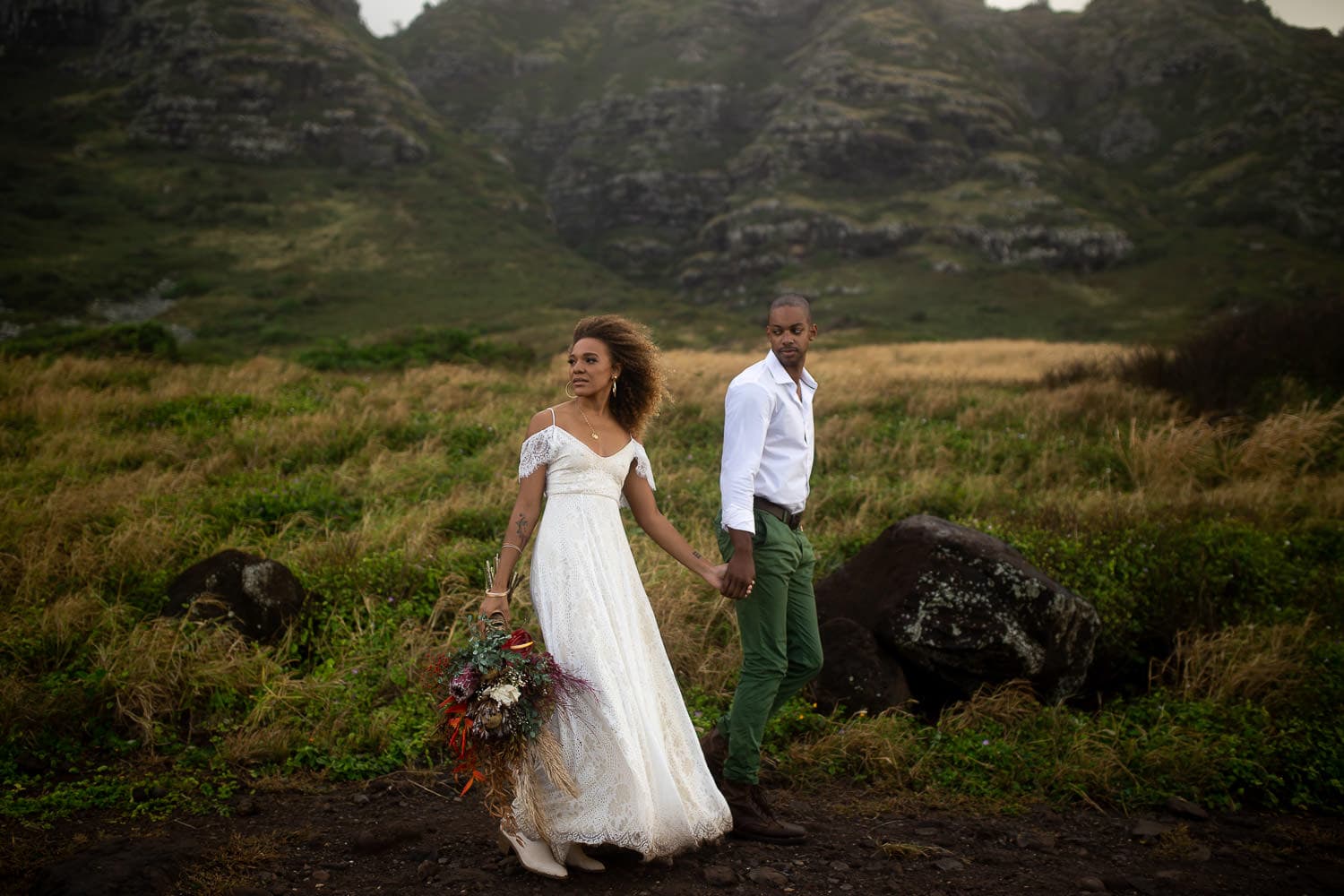